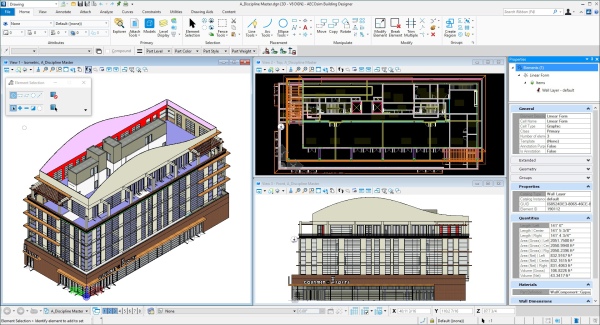 I last reviewed Bentley’s multi-disciplinary BIM application, AECOsim Building Designer, in 2012 when it was in the V8i generation. A lot has changed since then with regard to Bentley’s technology. It has a brand-new CONNECT generation, which features dramatic improvements over the earlier V8i generation including speed, connectivity, mobile support, cloud capability, and interoperability with other applications. Bentley first introduced the CONNECT edition at its 2014 YII (Year in Infrastructure) conference and has been gradually releasing the CONNECT editions of all its applications, starting with ProjectWise, MicroStation, and Navigator at YII 2015 and many more of its design, analytical, construction, and reality modeling applications at last year’s YII conference. The CONNECT edition of AECOsim Building Designer has just been released and this review takes an indepth look at it to explore the new features and enhancements in this major generational update of the application.